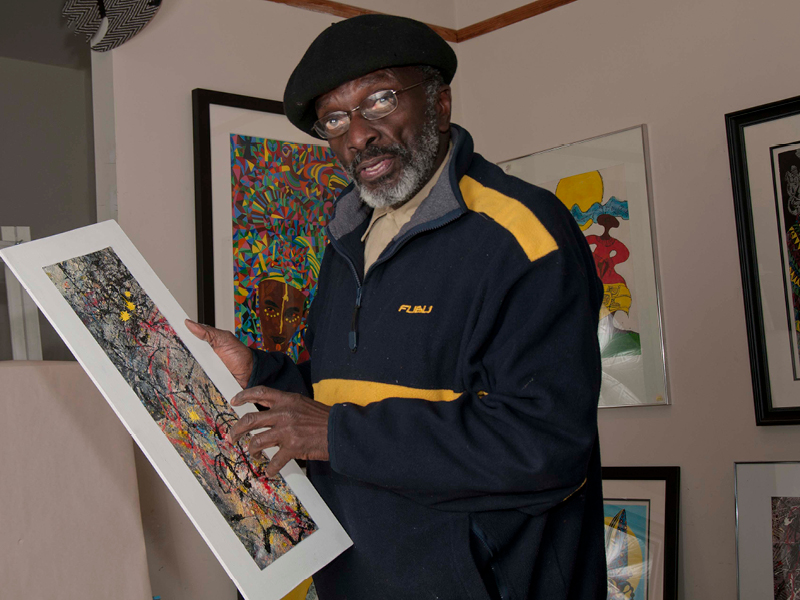 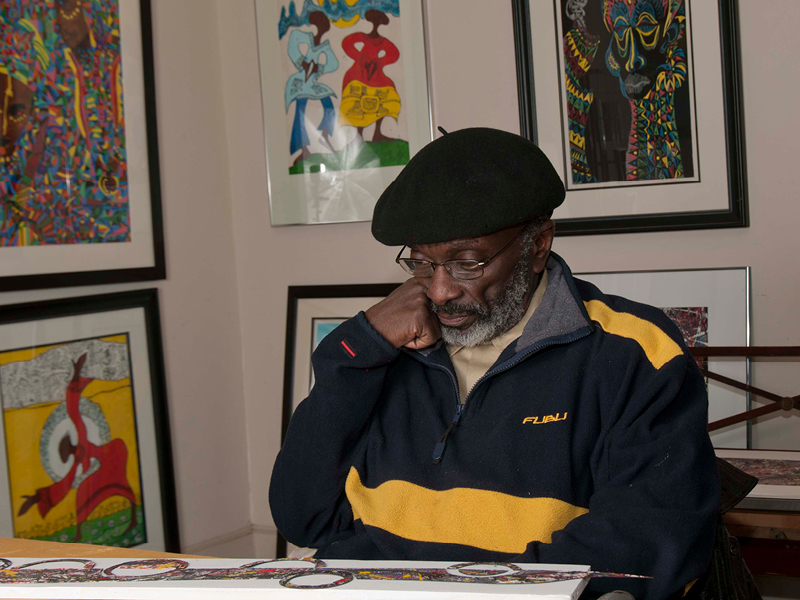 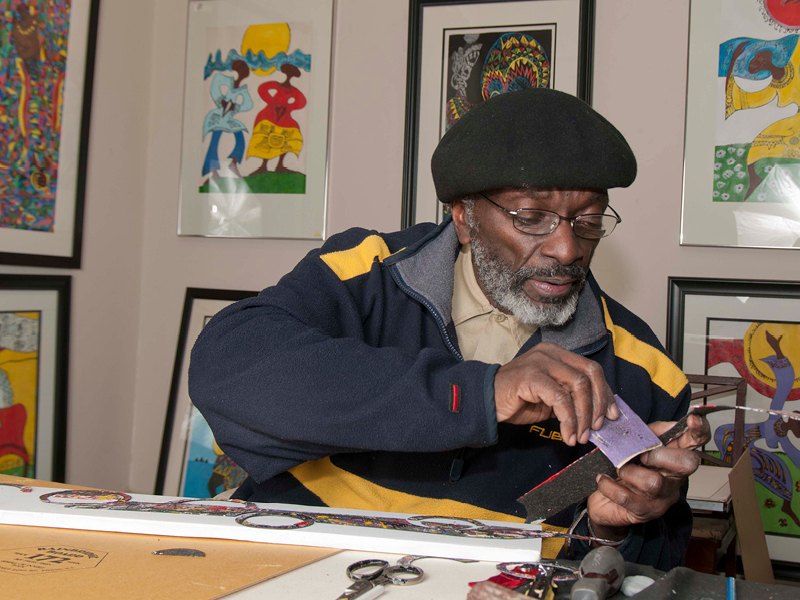 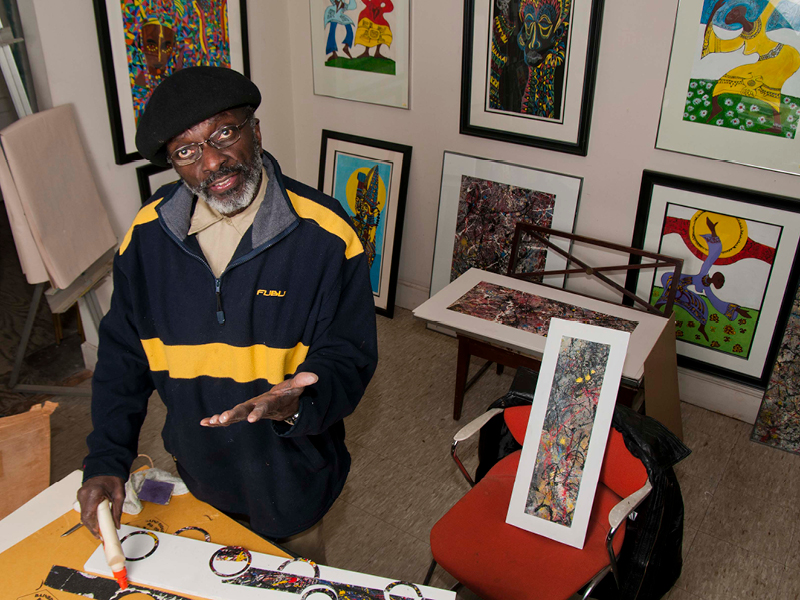 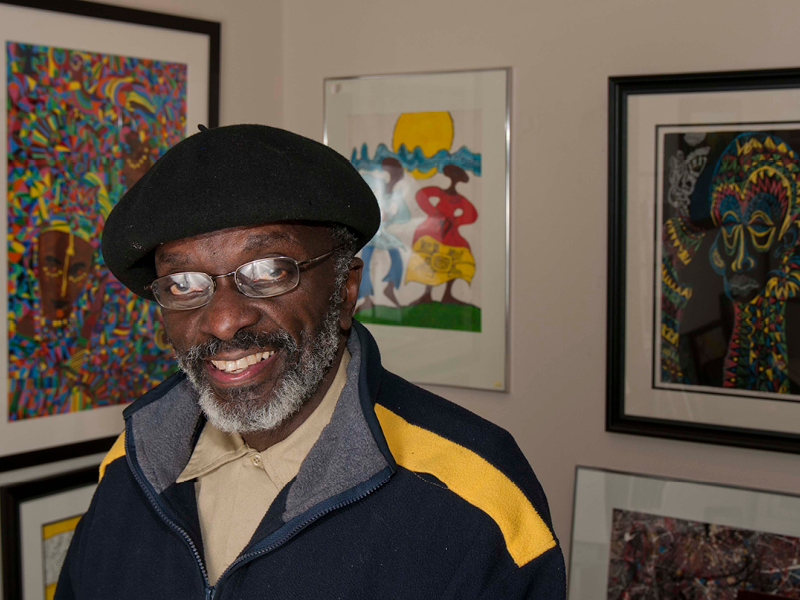 is a Professor Emeritus for the University of The District of Columbia, a prolific artist and lecturer. His colleagues consider him a spiritual aesthetic warrior reflecting the genius of the African diaspora. George’s artistic creations and elaborate designs are inspired by nature and humanity.

A native of Brooklyn, New York, Shomari received his Bachelor of Fine Arts from Howard University.  While attending the Mecca, George studied under the renowned Professor James L. Wells. Receiving a Master’s Degree from Pratt Institute, specializing in printmaking, Smith was blessed by the instructions of the internationally acclaimed Jacob Lawrence.

In addition to his professorial duties at University of the District of Columbia, he has taught at the Brooklyn Museum, The Brooklyn Children Museum, and Brooklyn College. As an exhibiting artist Shomari’s, paintings and prints have been shown in numerous one man and group exhibitions, in museums, galleries, colleges and universities throughout the United states and aboard.